If you are just beginning to familiarize yourself with many of poker’s baffling jargons, then chances are you have encountered one called the ‘donk bet’. Here, we break it down into manageable pieces so you can fully but easily understand the basics of donk betting. 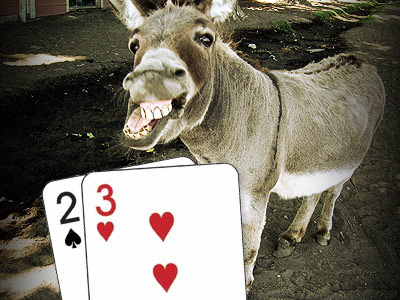 As you may probably have thought, donk stands for ‘donkey’ – and in poker, ‘donkey’ is the name assigned to the worse poker player. It will depend on two factors if the donk bet is a good move or a bad one, relying on the person making it and the limitations that are present at play. A donk bet then, is a type of bet made by the poker player who does so before he has the initiative.

To illustrate, let’s pretend that the first player has a stellar hand, and the second and third players have average hands or have missed the flop. The two then fold because of player one’s strength and not being in position. This then puts him in a bad place, as he has no extra chips in order to pay off such a big hand.

So if the first player has a big hand and then hits the flop, the protocol is to check it to decide if he will check-raise or check-call once the second player bets. However, novice players are not aware of this so they just bet when they have a big hand, thereby ruining the potential. Thus, the name donk bet.

While most will think of the donk bet as something made by the player who really doesn’t know any better, there are some exceptions to such a derogatory idea. One example is that if the player hits the set using a flush draw right on the board, then he can then make a bet that is big enough to overcome the odds to call with such a draw so he can protect his hand.

In this kind of situation, you will usually have the pot raised and in multi-way; the pot is large enough to collect from at the start of flop play. Also, it is considered to be a bad idea to dole a free card should the players in the later positions agree to check. Both reasons will justify aggression out of position, and then this will be very obvious to the observant regulars. 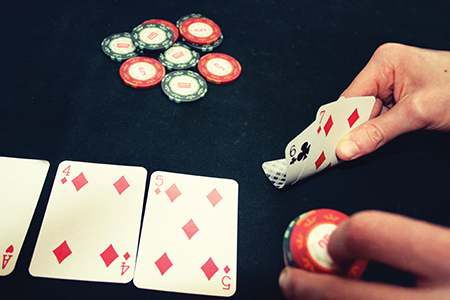 The donk bet can also be turned into a useful weapon for stealing pots from the NIT players. If there is a ragged flop, for example, a donk bet is a good way to call an effective bluff as a way of scaring off weak-tight players.

A lot of savvy poker players even make donk betting their specialty at times, as it can be a good strategy to increase one’s win rate. However, this will also be reliant on good timing as well as a good understanding of opponent style and board texture.

There is also an additional advantage to donk betting wherein a poker player can make his image not only aggressive but also unpredictable. Such a strategy is effective because not too many players are comfortable with being looped into donk betting. What donk betting does is to remove your opponents from their comfort zone in order for them to make more mistakes.

Feeling like a donkey poker player? Say goodbye to bad calls and plays with some winning tips and tricks that will help you be more in control of your poker game.