Ace Poker Solutions is running some great poker Cyber monday deals for 2015. They are doing 30-50% off on most products. You can check them out here:

Leak Buster – Leak Buster is unique poker analysis software that has the power to locate your most costly online poker leaks in minutes! Through the use of running over 470+ filters, stat range analysis, and deep level comparative analysis versus winning players, Leak Buster zooms in on area’s of your game that you’re most likely over looking (over 590 areas of your game analyzed).

Ace Poker Drills – Ace Poker Drills is a very simple and intuitive poker training software aimed primarily at beginners to small stakes players. It places players in common pre-flop and post flop situations in a quiz style format, and provides feedback about how to improve their poker game. It also teaches people how to properly count outs and convert those outs to odds. It tracks and charts progress, and the equity/hand reading trainer part of the program is the only kind of its existence in the market. It also comes with a free poker equity calculator, which is the most advanced poker calculator currently on the market.

Ace Poker Coach – Incredibly insightful advice requires an incredibly advanced knowhow. Our award winning poker AI engine (has won 2nd and 1st place in back to back years at AAAI Computer Poker Competitions) achieves this through adaptive learning, and mathematical modeling. Ace Poker Coach uses advanced pattern recognition to help you discover how to optimize your playing style based not only on your cards and position, but also on your opponents.

It’s been a full and action-packed year for online poker in 2014, and some headlines are more than something we leave behind as 2015 fast approaches. The coming year will have plenty in store for poker players, associations and legislation in 2015, and now we mull over what this will mean for all stakeholders pretty soon. 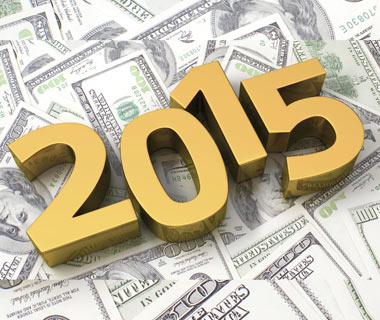 Online games are not made alike, and poker to be exact will have a very different status in the coming year compared to other types of play. In the United States, so many issues surrounding online poker are scattered all over the country – with statuses currently unresolved. Take for example the many states that have already made gambling legal – but only for brick and mortar establishments. That’s all good and everything, but for online fanatics only New Jersey, Nevada and Delaware have pending online permits. The delays that come with their application stem from the varying opinions lawmakers have about online gaming and gambling; add in the financial stakes and you have one very heady cocktail to drink.

Effect of the Elections

The coming 2016 elections may bear very little impact on online gaming, but trust that many seasoned politicians and first timers will give forth their own positions about it. And such positions will differ; many will be for it, many will be against it – depending on whom each one wants to please. Today’s state is already a challenge, what with Adelson’s gambling ban and the RAWA exclusion issue. Despite the man’s strong influence, it was not impactful enough to turn the tides in online poker’s favor.

The Loyalists and the Lobbyists

And of course, we have those who tirelessly work to support web-based poker – from casinos that put up $2 million for it to organizations that work to convince lawmakers to hear them out. On the matter of Poker Stars… well, many will say optimistically say that there is a fighting chance it will be back in 2015. And if it does, then it will be the biggest thing that ever happened to online poker in this country. We’re all leaning towards an approval from New Jersey for that, and putting our hopes on Senator Lesniak to make it happen despite the delays caused by politicking the issue.

And finally, it takes many drops of water to fill an entire pool – but each one will be significant. Here, we’re talking of the importance of each player and fan in order to finally, finally, finally make legalization of online poker and Internet gaming as a whole come true. Success is never about sitting back and waiting for the influential individuals and powerful organizations to take action; it is all about what each person has to say and what each person does about the matter, in his own little way. You might say that you are more than just a fan of online poker – that you are indeed an “activist of sorts” – you might need to be more than just a social media one. Get off your couch, sign petitions, make your opinions about the issue heard (publish them online, tell them to the people on the street), and make your vote count. When each one thinks like this and acts like this, we will really see great and positive change in the coming year and beyond.

Feeling like a donkey poker player? Say goodbye to bad calls and plays with some winning tips and tricks that will help you be more in control of your poker game.